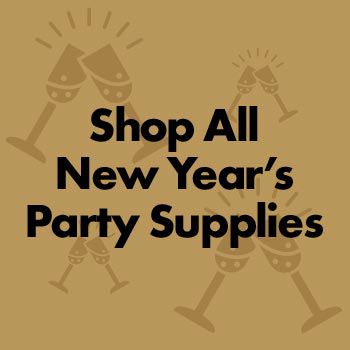 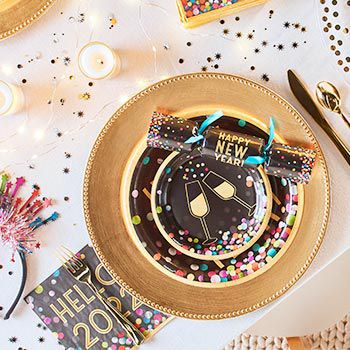 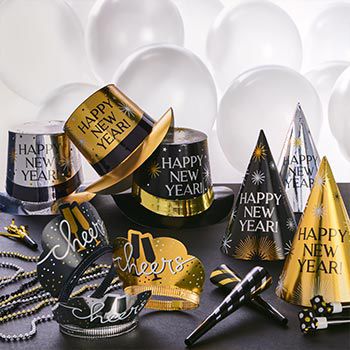 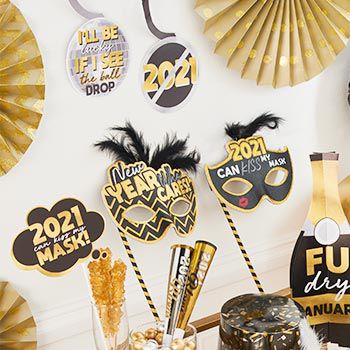 2022 Happy New Year Balloons for Your Home or Office Party

You can strip away the banners and the lights, the cutouts and the hanging swirls, but a New Year's Eve party doesn't feel like much of a party without at least a few balloons dotting the landscape.

New Year's Eve balloons are among the most affordable and versatile decorations you can buy. A foil balloon with a "Happy New Year" headline and a large pack of latex balloons will set you back only a few dollars. With these balloons as a starting point, you can create a stunning table centerpiece, a graceful balloon garland to festoon the party space, a one-of-a-kind wall decoration, and so on.

Some New Year's Eve Balloons You May Want to Consider

Number Balloons: Among the most popular and useful New Year's balloons, number balloons can replace a banner to display the year being celebrated. Due to their size and striking appearance, they make a bigger impression than an ordinary banner or wall decoration, and because they're so light, you can hang them just about anywhere.

Letter Balloons: Take the number balloon decoration a step further with letter balloons to spell "Happy New Year" or another holiday message of your choice. Party City stocks balloons for all letters of the alphabet in over a dozen colors, and in block capital or cursive lowercase letters.

New Year's Eve Balloon Kits: Kits offer a specific set of balloons and supplies for a specific purpose. Confused? You should be. Translated, this means that if your goal is to create a New Year's Eve balloon centerpiece, you can browse the pages of PartyCity.com and add balloons to your basket one by one, all the while holding a vision of the finished centerpiece in your head, or you can select one of our balloon kits, where everything matches and you can view a photo of the finished result.

We sell balloon kits for:

New Year's Eve Balloon Drop Kits: Pull the string at midnight, and the gleaming gold balloons will drift down from above! You'll want to set up your balloon drop in a room with high ceilings for best effect, and of course you'll fill the balloons with air and not helium (or they won't drop when you release them). Balloon drop kits include a clear plastic balloon drop bag with pull string release and over 100 latex balloons of various colors of your choice. Enlist your friends for help or purchase an electric balloon pump; you'll need a lot of lung power to inflate 100+ latex balloons!

How Long Will My Balloons Stay Inflated & Remain Aloft?

Foil balloons are less porous than latex balloons, and they're equipped with self-sealing valves. Filled with helium, foil NYE balloons will remain inflated for several weeks (if you plan to celebrate the new year that long – who knows?), after which you can add air or more helium via the self-sealing valves to extend their life.

Foil balloons are almost like beach balls in this respect. You can keep them as decorations almost indefinitely or deflate them after the party for storage and reuse. This approach isn't practical when a NYE balloon bears the headline of a specific year, say 2022. But it might make sense if you've constructed an elaborate wall decoration out of cube-shaped black, silver, and gold foil balloons, and would like to repeat the concept even expand on it the following year.

How Much Does Party City Charge to Inflate Balloons?

A helium fill is already included in the price of every foil balloon we sell. If you buy foil balloons from Party City online, your local Party City store will fill them with helium (once) for free. Be sure to have proof of purchase with you.

We do charge for the cost of filling latex balloons with helium. Please contact your Party City store for more information.

1. A Unique NYE Balloon Centerpiece: A balloon kit makes for a quick and easy table centerpiece or room accent, but it's almost as easy to put together a DIY balloon centerpiece of your own creation. Possibilities include stacked latex balloons topped by a foil champagne bottle or champagne flute balloon; a mix of floating New Year's Eve balloons tied to a DIY masquerade mask balloon weight; and a blend of air-filled NYE balloons tethered to balloon sticks.

2. A Welcoming NYE Balloon Doorway Arch: Start with a kit or build a balloon arch from scratch. You'll need a balloon decorating strip long enough for the arch, latex balloons for the arch itself, and foil balloons for decorative accents. Some accents to consider: Champagne bottle balloons, happy New Year's Eve balloons, and number balloons displaying the year.

3. A One-of-a-Kind Balloon Garland: A balloon garland requires nothing more than a few themed balloons, in this case New Year's Eve, string, ribbon, or balloon decorating strips to tie them all together in a line, and tape or tacks to hang the finished garland.

4. A Striking Balloon Prop: If you're feeling extra-motivated, a balloon prop may be just the ticket. Here, you'll be constructing a familiar New Year's Eve icon entirely out of balloons – an oversize champagne bottle, the ball descending on Times Square, or a giant top hat, for example.