Conjure up a magical buffet for the little spooks! Every mummy will love our ideas for witch’s broom cinnamon cider, adora-boo cookies and more! Build a table full of goodies that are as festive as the plates. Everyone will love ideas like mummy pizza bites or broomstick cider. Boo cute! 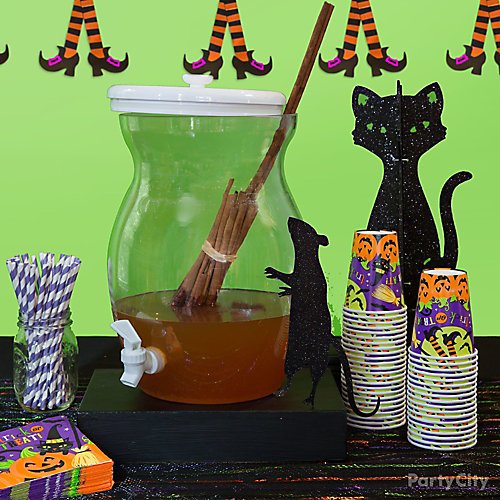 Bubble bubble, toil and trouble! Try making a bubbly kid-friendly cider by mixing a gallon of apple cider or juice, one cup of concentrated orange juice, a half-gallon of ginger ale, half a cup of sugar and a couple cinnamon sticks. Chill the concoction and pour into the drink dispenser, then use the cinnamon broom as a giant stir stick. It'll be clear witch drink is the most magical! 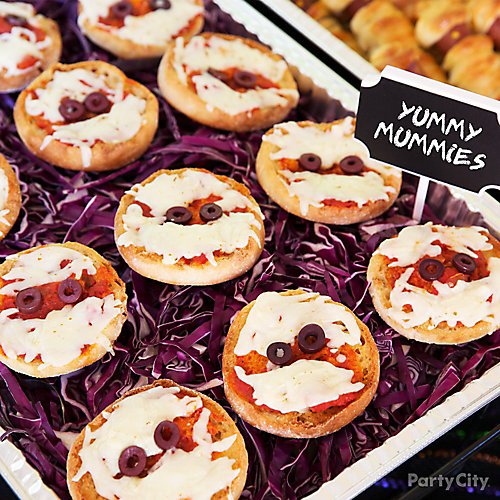 The little ones are wrapped up in their costumes, so serve food that's wrapped up in cheese! Use English muffins as the mini pizza base and pile on sauce, mozzarella cheese and olive slices (for the eyeballs!) and "entomb" them in the oven to bake. Once made, fill a chafing pan with red cabbage and place these on top. Cutest pizzas ever! 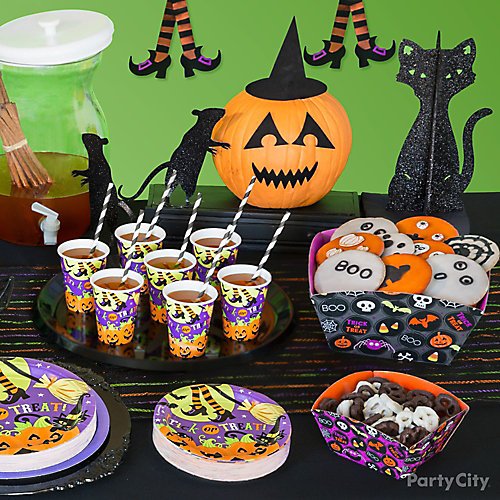 Conjure up a magical buffet for the little spooks! Build a table full of goodies that are as festive as the plates. Everyone will love ideas like mummy pizza bites or broomstick cider. Boo cute! 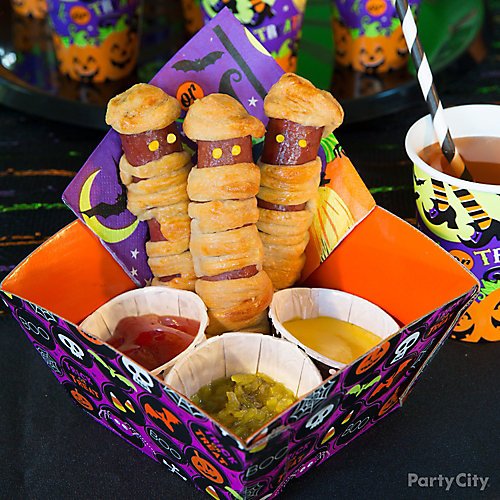 Idea 4: Mummies in a blanket!

Everyone loves a little tombs-day snack! Grab a tube of croissant rolls and cut little strips to make the mummy wrappings. Wrap the hot dogs, leaving a little space for mustard eyes, and bake them to get the wrappings crispy. They can hang out in the graveyard with the mustard, relish and ketchup. 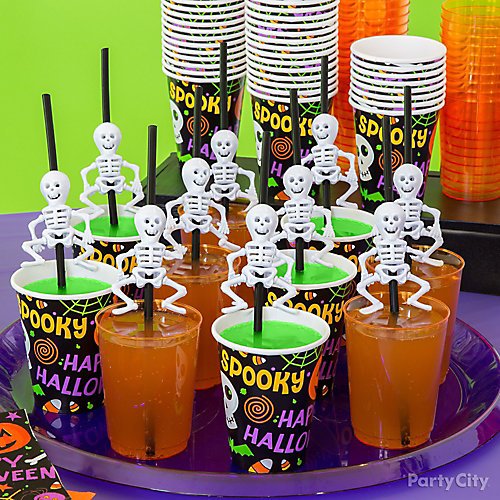 Keep the little ghouls hydrated with "slime" drinks! Alternate spooky and orange cups on a purple platter, fill them with your choice of orange or green colored beverages and then top them off with straws sporting cartoon skeletons. They give these drinks a leg up on Halloween cuteness! 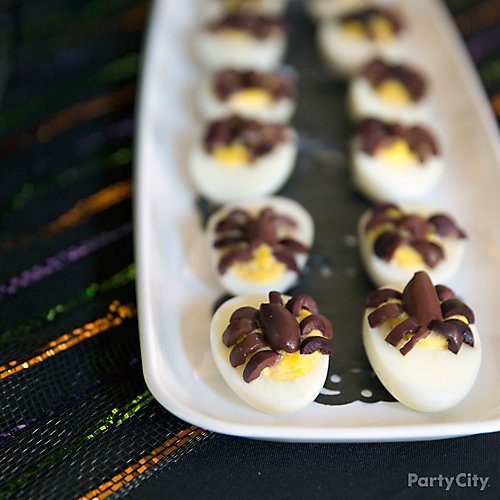 Idea 6: These eggs are crawling with spiders!

These little morsels are caught in an egg, not a web! Try your hand at spidery food art by cutting eight "legs" out of pitted black olives, and place them on top of half a hard-boiled egg. It'll be both yummy and on-theme for this to-spook-for buffet! 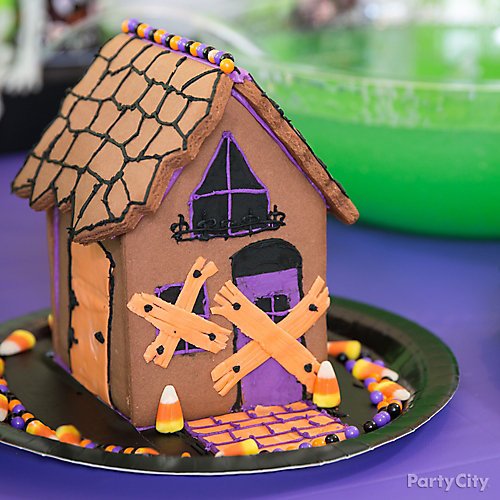 Gingerbread houses aren't just for Christmas anymore! Making this spooky cookie house is a fun activity to do with tiny ghouls during the party. Just set up a few stations with a cookie house kit and let the little ones go to Halloween town. The best part? The ghouls with a sweet-tooth can then eat their creations!

We know parties! Let one of our Celebration Specialists help you with a free virtual consultation. Click “Chat Now” to schedule a time.